Holiday Recipes with help from the Library 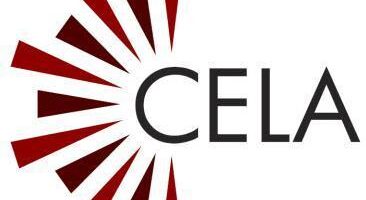 Magazines are now available on Libby/Overdrive

Cape Breton Regional Library has two new ways to access newspapers and magazines from your computer or mobile device.   Since the Library got access to PressReader in the spring, most mornings I start my day with opening up PressReader app to read the morning paper. Sometimes I will just read local news but if I am curious I will look at the national or international papers available such as Toronto Star, National Post or the Guardian. So far though I haven’t really explored PressReader’s many magazine offerings.

In an effort to discover the magazines available, I decided to hunt for some holiday recipe inspiration.  I love cooking and with a few days off work there’s a small chance I might actually give some of these recipes a try.

I’m considering something other than turkey for Christmas Day and although I am not a ham lover this  Spiced Pomegranate and Orange Glazed Ham from BBC Food Magazine did catch my eye.  In the same issue there is a Turkey Tikka Massala recipe.  I am a sucker for any Indian inspired cuisine so, I  might have to cook a turkey after all just to try that one!

The next magazine I perused in PressReader was the Food Network. I have used the Food Network website before but never explored their magazine.  I love the way they have a visual recipe index!

The first recipe in this magazine that caught my eye was Baked Brie with dried apricots and pistachios! Yum!

Realistically, I am going to eat my brie as I always do – slice it off cold and slap it on a piece of toasted baguette with olive oil!

I might make some of these colourful veggie side dishes though!

Ok.  CBRL has another great new magazine service called RB Digital so I’m going to check out some recipes from there too.    There is some duplication of magazines in PressReader and RB Digital. For example both have the Food Network and Taste of Home. One unique title I saw on RBDigital that caught my eye was Better Nutrition    It has a wreath of elderberries on the cover of this month’s issue with the headline Have Yourself a Healthy Holiday.   Some of the tantalizing low sugar and sugar-free dessert recipes are Spiced Apple and Zucchini Cake, Lime Cheesecake with Lime Curd, and Dark and Dreamy Sugar-Free Chocolate Cake.  This last one also happens to be gluten-free – although I’m a little skeptical of using mayonaisse as a cake ingredient.

The second recipe magazine that caught my eye was Bon Appetit!    The recipes are unique and have a great visual appeal.    I’m drawn to Joumou (a  spicy pumpkin/squash soup) which apparently is very special to Haitians because they weren’t able to eat squash when under French rule — bizarre but true, and New Years Day might be the time to cook this up because January 1st is Haitian Independence Day.  There is also an appealing meal titled Banana Leaf Snapper with Chickpeas and Coconut Rice.   I might have to substitute the snapper for another more locally available fish and the banana Leafs for collard greens to try this one.

All these great recipes and magazines and many many more can be found on RB Digital or PressReader.

Both apps will let you print out recipes and other articles, however, I find the RB Digital print function much simpler to use than PressReader’s print function.

If you haven’t signed up for RB Digital or PressReader yet, please give it a try. There’s something for everyone and all you need is your library card!

Magazines are now available on Libby/Overdrive