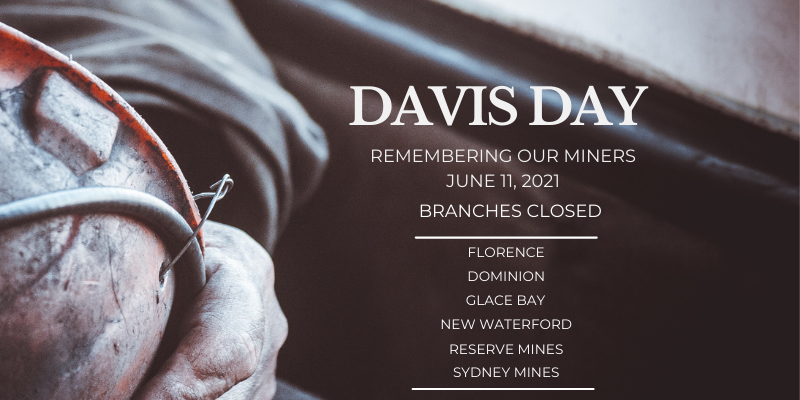 This content has been archived. It may no longer be relevant

Davis Day, or Miner’s Memorial Day and since November 2008 officially William Davis Miners’ Memorial Day is an annual day of remembrance in coal mining communities in Nova Scotia to recognize all miners killed in the province’s coal mines.
Davis Day originated in memory of William Davis, a coal miner who was killed when a long strike by the province’s coal miners against the British Empire Steel Corporation reached a critical point in June of 1925 after the corporation cut off credit at the company stores for over three months. After a number of retaliation efforts from the miners, the company police assembled; firing over 300 shots at protesting miners and killing William Davis. In the following weeks a settlement of the strike was arranged by a newly elected provincial government. In commemoration of Davis’s sacrifice, the United Mine Workers of America designated June 11th in his honour, with the miners in Nova Scotia vowing never to work on June 11th. Today, the holiday remains as a civic holiday in most mining communities.