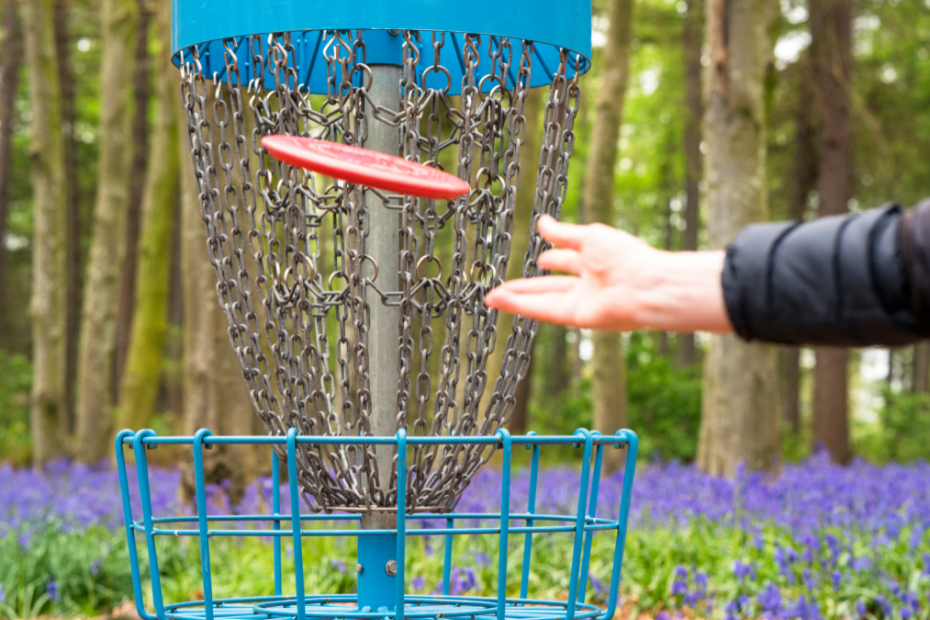 Have you heard about disc golf? It’s a fun, low-impact way for people of all ages and abilities to get active and enjoy the outdoors this summer!

Each set includes 3 flying discs and can be borrowed for 3 weeks.

Disc golf is an sport in which participants throw flying discs into an above-ground target. It is played using similar rules to golf, but instead of swinging a club to hit a ball, players throw a disc from a designated tee area. Like golf, it shares the objective of completing each hole in the fewest strokes (or in the case of disc golf, fewest throws). The sport incorporates the ABCs of movement, encouraging participants to exercise agility, balance, and coordination as they move through the course.

Disc golf is one of the fastest-growing sports worldwide. The first local course was established by the CBRM Recreation Department in 2017, in Sydney’s Rotary Park. Since then, the popularity of disc golf has grown steadily in the CBRM, and there is now an additional course was added at the Colliery Lands Park in New Waterford. Both courses are free for the public to play, with each being on bus routes.

Each kit consists of 3 Discs – a driver, a mid-range, and a putter – and can be borrowed for up to three weeks.